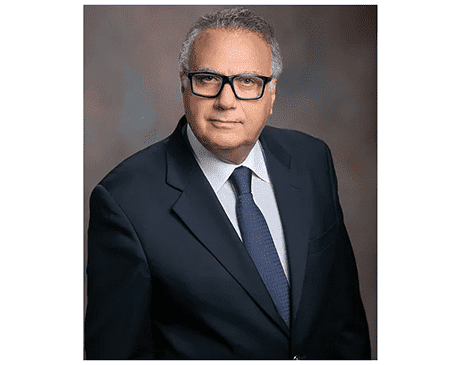 Michael Kassouf, MD, is owner and director of VeinMedic, a leading vein clinic in New York City with locations in Brooklyn’s Bay Ridge, Manhattan's Washington Heights, Elmhurst in Queens, and Mount Hope in the Bronx. Dr. Kassouf is a board-certified vascular surgeon with over 35 years of experience in treating patients who have problems with their veins.

Dr. Kassouf began his long and distinguished medical career in 1963, studying for his medical degree at Saint Joseph University Faculty of Medicine in Beirut, Lebanon. After graduating in 1970, he moved to the United States, taking up a surgical internship at Monmouth Medical Center in Long Branch, New Jersey. Dr. Kassouf then completed a residency in general surgery at the Hospital of Saint Raphael in New Haven, Connecticut, serving as chief surgical resident from 1974 to 1975.

In 1975, Dr. Kassouf returned to Beirut to take up a position in the Department of Surgery at Lebanon American University Medical Center – Rizk Hospital. He was the attending surgeon there until 1979 when his interest in vascular disease prompted him to return to the US to complete a fellowship in vascular surgery at Lutheran Medical Center & State University of New York Science Center at Brooklyn. It was here that Dr. Kassouf began his long partnership with Lutheran Medical Center, becoming attending surgeon in 1980, a position he held until 2018. He was also director of surgical intensive care there from 1982 to 1990.

Dr. Kassouf has gained invaluable experience working at several prestigious New York City medical institutions, including Methodist Hospital in Park Slope, Brooklyn, and Mount Sinai Beth Israel Hospital, where he remains a highly valued member of the surgical team. He's a respected expert in the field of vascular surgery, and in 1984, he became a fellow of the American College of Surgeons.

In addition to English, Dr. Kassouf speaks French and Arabic. He and his wife live in Brooklyn and have two children.